Who Owns the Restaurant? 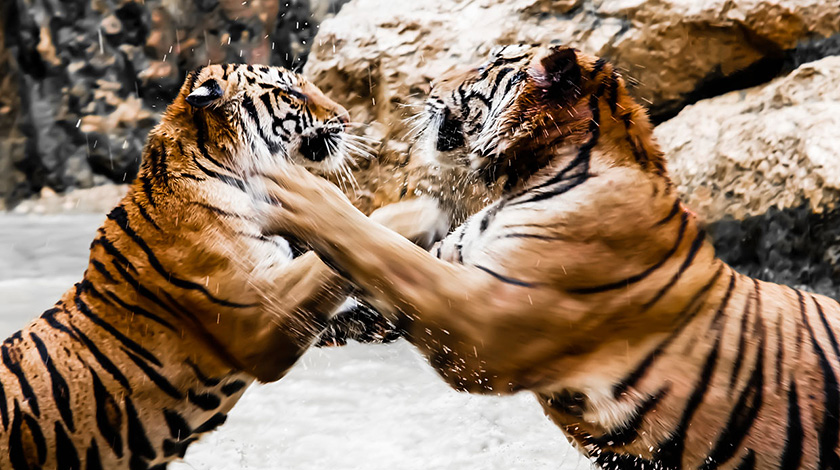 An edited version of this column is available on the Beijinger blog and in the April 2014 issue of the Beijinger.

The woman at the table next to me was shouting at the restaurant owner’s wife. By the time I tuned in, the argument was well underway.

“Why not? I’m a paying customer,” the woman was saying.

“You’ve had too much to drink already,” the wife responded.

I glanced at her table. There was a collection of empty Tsingdaos, but she and the man she was with weren’t about to black out or anything.

“Give me another beer,” the woman demanded.

The owner’s wife glanced at her husband, who was sitting at a corner table, swiping a game on his iPad. He was choosing to ignore the situation. The woman pressed on.

“What the hell do you mean you’re closed? It’s ten minutes to nine.”

“Forget it. I’m not giving you another drink.”

“You have to. That is your responsibility as the employee.”

The wife sighed and reached in the fridge for a beer.

Suddenly, a voice boomed from the corner table.

The wife, who was usually brusque and ornery, fell silent. She slowly put the beer back in the fridge. The woman, raising an accusatory finger, brought her anger to bear on this new target.

“I don’t have to do shit,” the boss said. He was as brusque as his wife and twice as large. He wore a gold chain and had the close-cropped hair of a street thug.

Instead of responding, the woman did something strange: she turned toward me and said, “Do you see the low moral character of Chinese people? This is how Chinese people treat each other.”

But I had no interest in taking sides. Though I liked seeing someone stick it to the owner and his wife, I wasn’t going to do anything to jeopardize my access to the best jiaozi in the neighborhood. Luckily, her attention shifted back to the boss.

“I’m the customer and I want another beer.”

“Look at your watch, it’s not nine yet.”

“Give me one reason.”

At this, the boss snapped. He slammed the table with his fist.

“I CAN DO WHATEVER I WANT. IT’S MY RESTAURANT!”

The boss rose from the table like a demon from the depths of hell.

The man who was dining with the woman rushed up and paid the owner’s wife. He was a mousy guy and wasn’t going to risk coming to blows. But this didn’t stop the woman.

“This piece of shit restaurant. Kicking customers out when it’s not even closed.”

Blind in his fury, the boss gave the only argument he could muster.

“Not closed? I can close whenever I want!” And then, triumphantly, “It’s my restaurant!”

“I’ve never been to any restaurant like that,” the woman said, grabbing her coat.

“Tell you what, when you own a restaurant, you can close whenever you want!”

On her way out, the woman cursed the boss.

“You have no idea how to run a business. You’re an embarrassment to Chinese people.” Then, inexplicably, she said in English, “You understand?”

Then they were gone. A tense silence settled over the restaurant. The boss went back to his iPad, muttering under his breath. I paid the bill and left.

On the way home, I couldn’t stop thinking about what had just happened. What could have been a teachable moment or a discussion about social etiquette, became instead a demonstration of arbitrary power.

The woman was a paying customer and it was 10 minutes to closing time. Sure she was a sloppy, aggressive drunk, but she wasn’t a danger to anyone. She had every right to another drink. And yet, none of that mattered when it came down to it. What mattered was who owned the restaurant.

The incident stayed with me for days after. It felt like a microcosm of everything I’d experienced in China. It didn’t matter if you were right or wrong, if you had reason on your side or not. You could plead and argue and kick and scream but in the end only one thing matters: who owns the restaurant?

← WCG 2013
George’s Guide to Avoid Getting Bitten by Mosquitoes →